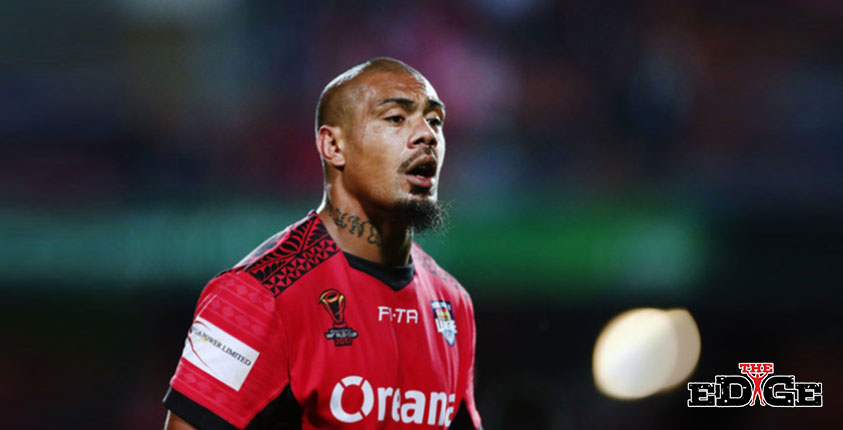 At EDGE EPT, we’ve decided to launch a brand new series of interviews with some of the Hull FC athletes. We work closely alongside the team at the gym, and Paul works as the club’s Head of High Performance, where he oversees all medical and conditioning aspects of training within the first-team squad.

Covering everything from aspirations to family history, we’ve invited one of the players – Sika Manu – to talk to us about his experience at last year’s World Cup, life after rugby and his recent relief work in Tonga.

How did you get in to Rugby?
At first, Rugby was just something to do on the weekend with my mates. I started playing at the age of six and slowly built up a love and passion for the sport as I went into high school.

Who were your role models?
Growing up I had a few role models. Like every Tongan kid, Jonah Lomu was one of them – his speed, strength and power is what every player wished that they had. Steve Kearney was another person I looked up to, and he grew up in Wellington as well. To see what he had achieved in his career made me believe that I could achieve something in Rugby League too. He set the path for myself and every other kid from Wellington.

My Parents are my biggest role models. The amount of work they put in to raise seven children is something I’ve always admired about them. They would work from early morning until late at night, six days a week, to provide for us. No matter how hard it was, they would still get up and do what needed to be done.

How did you make the step up from Junior Rugby to the professional game?
Making the step from Junior to professional Rugby League was one of my biggest challenges. I had to sacrifice a lot and work harder than I’ve ever done before. Basically, I had to leave my family for the first time. I didn’t have a lot money so I had to survive off what I could afford. Training full-time was a shock to my body, I had to train everyday with the team and then in my own time also. It was one of the toughest things I’ve ever done, but it’s what I had to do to play professional Rugby League.

Tell us a little bit about Melbourne, why did you enjoy being there most and how was the culture? Melbourne’s Storms culture is hard to explain – you have to live it to understand it! They are perfectionists, and would practice everything until it gets as close to perfect as possible. It was like that with everything, on and off the field. It wasn’t just the coaches either, it was the players that would push for perfection too. It was almost like a sin if you didn’t do your job properly, but I loved it there. The club taught me a lot, not only about Rugby League, but it taught me a lot about myself and life.

What did it mean to you and your family for you represent/captain Tonga in the World Cup?
It’s always a huge honor to represent Tonga and to captain the side in the World Cup made it extra special. Both my parents are Tongan and my partner Beatrice’s mother is Tongan – so representing them in the World Cup meant a lot to both of our families, including our children, Jordan and Hazel. They got a little taste of the Tongan culture and I’m sure it’s something that they’ll never forget.

Tell us a little bit about your experiences of the World Cup and the amazing atmosphere in New Zealand particularly?
The 2017 World Cup is something that I will cherish forever. Everything about it was overwhelming. There were a lot of special aspects to the World Cup – every time I look back at it, I think about how I was so blessed to be a part of it.

The Tongan supporters were unbelievable – we can’t thank them enough for the amount of support they showed us. The week we played England in the semi-final was a crazy week too. There were Tongan flags everywhere in Auckland, and the atmosphere at the game was unreal. You could feel the energy before you even stepped out onto the field. Unfortunately, we lost that game, but the Tongan supporters took the atmosphere from the game onto the streets for another couple of days. It was a special moment in my career and I’m glad I got to share it with my family.

Obviously you have been very successful during your career, what motivates you now? What are your goals for the rest of your career?
Family motivates me. Growing up my motivation was my parents and my siblings, and they motivated me to be better and to do something with my life to help them in any way I could. Now, my motivation is my own family – Beatrice, Jordan and Hazel motivate me every day to be better on and off the field. They motivate me to be a better partner and person, and to be the best father I can be. They do so much and sacrifice a lot for me, and I can’t thank them enough. They’re my motivation and they’re my life.

What was it like going back to Tonga to help with the disaster clean up?It was sad to see the damage that the cyclone had left in Tonga, but it was nice to be able to go back and help. Lots of houses and buildings were destroyed. Trees were ripped out of the ground and tossed on the roads. Everyone has been doing their part in cleaning up and they’re in the rebuilding stage now. It will take a while, but they’re slowly getting there. They showed us massive support during the World Cup, so a few of the players went back to help out and show our support to the motherland. It was good to put a smile on the kids’ faces and hopefully we lifted their spirits.

What’s your plans for your future after Rugby?
One thing I’ve always loved is tattoos. I’ve always been into art and I tattooed for about four years before moving over to Hull. I would love to carry that on after Rugby, but I will also be happy doing any outdoor work. It all depends on how my body is feeling after Rugby! The one thing I’m most looking forward to is having the weekend off to spend with my family.